Technology and IT suppliers have been slow to deploy HR technology, with many relying on spreadsheets, word processors and legacy ERP systems, rather than dedicated talent management systems.
Most high-tech companies rely on employees filling in manual forms, or emailing the HR department to keep their records updated, and many rely on complex spreadsheets for salary planning and talent management, a survey of 40 technology companies revealed. 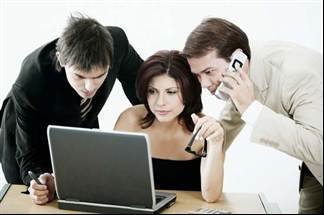 Some 92% said they were not getting what they needed from their analytics and reporting tools.
Until now HR technology has taken a back seat as companies prioritised systems IT systems for marketing, CRM, financial management and business development, said HR technology analyst David Wilson.
“IT companies seem to have a tendency to think they need to eat their own dog food when it comes to internal systems,” said Wilson.

"But they tend to focus more on the core systems that drive revenue, like finance and CRM; their HR system is often an under-invested afterthought.”
The survey – conducted by Fairsail, which supplies cloud HR services – found 35% of the companies surveyed have a HR system that can’t support employees across offices in multiple countries.
And several companies had UK-only HR systems, which require details of non-UK employees to be emailed to the UK and to be manually re-entered.

As a result, companies said they struggled to answer simple questions such as how many employees they had, or how many people were paid last month.
Adam Hale, CEO of Fairsail, said technology companies had postponed spending on HR systems during the downturn, but were now beginning to invest in the technology.
Some 75% of  high-tech companies are planning to change their HR systems, many of which are 5 or more years old, in the next 18 months, the survey suggested.
“HR systems typically get left unchanged during economic downcycles and recessions.  Cloud wasn’t mainstream before this recession so all the existing systems are legacy or on premise systems, “ said Hale.
Publié par The IT Watcher à 14:32