Following recent progress in DNA sequencing, California-based TeselaGen has developed a prototyping platform to help streamline synthetic biology experiments.
As the costs of DNA sequencing and synthesis plummet, a host of computer science-meets-biotech startups are emerging in Silicon Valley. Among the new players is San Francisco- headquartered TeselaGen, which creates middleware – third party software which enables different IT applications to talk to each other – for biotech labs looking to speed up the design and iteration of new DNA constructs. The company builds tools that help researchers set up and manage synthetic biology experiments and interpret data from lab equipment. According to TeselaGen CEO Mike Fero, the company’s vision in developing a platform for rapid prototyping in synthetic biology is to help laboratories doing analysis to “close the design-build-test-and-evolve loop”. The company is currently backed by about $1 million in Small Business Innovation Research grants from theNational Science Foundation, an independent US government agency whose mission is to promote science and engineering through research programs and education projects.

A platform to streamline experimentation

The IT platform developed by TeselaGen aims to “shorten the time frame it takes to get your DNA built and run more experiments,” explains Mike Fero. TeselaGen has built visual tools that help researchers view, edit and manage sequences quickly and easily. The team has also created a design canvas that supports Synthetic Biology Open Language, an open set of standards that help synthetic biologists and genetic engineers share DNA designs. In addition they are leveraging j5, which is a new software-based tool that automates DNA assembly and design, promoting a faster design-build-test-and-evolve process. Like other companies in the field, TeselaGen gives its product away free to academic researchers, but charges corporate clients annual subscription fees.

A biologist might want to test 10,000 different variants of a design, with minor alterations in each. Right now, the cost of synthesizing each and every one of those constructs would be too expensive, and Mike Fero is hoping that that some of the products TeselaGen is building could in the future help to bring the costs of such experiments down considerably.  Meanwhile, the advent of automated procedures in the biotechnology domain is reflected in the growth of companies such as scientific outsourcing provider Transcriptic, which runs fully automated labs, and Genome Compiler Corporation, which builds (CAM/CAD) design and manufacturing tools for biologists.  Genome Compiler provides similar solutions to the sequence visualization tools that TeselaGen offers researchers, the major differences being that they are not based on Synthetic Biology Open Language and that Genome Complier does not use any equivalent to the j5 protocol. In the same way that large data flows are changing the way we solve problems nowadays, the next generation of synthetic biologists could well be relying solely on programming interfaces to carry out their experiments.
Publié par The IT Watcher à 18:28 Aucun commentaire: 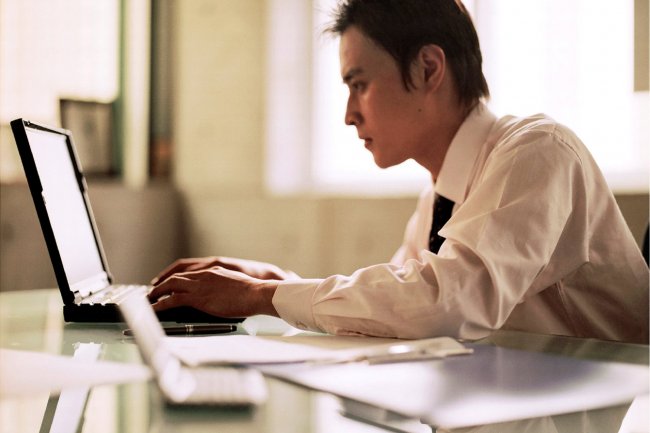 Careers in information technology: A CIO guide to getting ahead in IT

In this CIO Essential Guide, learn how CIOs in high-level careers in information technology are driving their enterprises -- and their profession -- forward.


By definition, CIO is a job title generally given to the enterprise executive responsible for developing IT systems that support larger enterprise goals. As these systems and services are increasingly linked to business success, CIOs are earning their seat in the C-suite, coming to be viewed as key contributors in framing strategic business objectives.
But the pace of change in technology infrastructure and services can complicate, even  blur, the responsibilities of the CIO, adding a level of uncertainty to what's needed to succeed in high-level information technology careers. This tension has become evident in SearchCIO's ongoing CIO careers coverage and was reinforced by TechTarget's recentIT Salary and Careers Survey.
In this guide, learn what the future has in store for careers in information technology and, specifically, the evolving role of the CIO. The news, tips, videos and expert advice will guide you on a path to better IT management, describing the technologies and strategies you should be employing to get -- and stay -- ahead.
This CIO Essential Guide on careers in information technology is part of the CIO Briefings series, which is designed to give IT leaders strategic management and decision-making advice on timely topics.

To achieve a successful career in information technology, CIOs' strategic focus must continuously adapt as new technologies enter the IT equation. But CIOs are facing pressures beyond analysis paralysis of technology. Evolving enterprise roles such as chief digital officer, chief data officer and chief experience officer are cropping up in the workplace, potentially leaving CIOs questioning their own role, value and worth. The following stories and tips shed light on the CIO job description in the past, present and future.

2. Expert tips for excelling as CIO

In these videos from SearchCIO's archives, IT experts and thriving technology executives share valuable career advice for CIOs.

CIOS ON THE JOB

3. Innovating, transforming and driving IT toward success

Fulfilling basic job requirements is important, but in order to really flourish in the role, CIOs must be innovative and transformative leaders. In the following SearchCIO stories and tips, learn how real-life CIOs are integrating new technologies and upping their leadership quotient in order to stay in the top job and keep their organization relevant.

Do you know exactly what it takes to maintain a long, successful career in IT? Make sure you have a handle on these terms before applying for that promotion.

TechTarget's recent IT Salary and Careers Survey indicated that CIOs are making more money (especially at larger companies), feeling optimistic about the road ahead (as long as management is on board with their IT priorities) and pursuing project priorities around bring your own device (but outsourcing is falling out of favor). Read these survey stories to understand the CIO mood right now.

6. Careers in information technology: How to get ahead

Careers in information technology are a hot field, but pulling down a position -- especially a high-level position like CIO -- isn't easy. As project priorities shift and new "must-have" skill sets emerge, your role, and with it your compensation, might be in flux. How can IT professionals climb to the top of the technology ladder? Take this quiz and find out.
Publié par The IT Watcher à 15:54 3 commentaires: