The digital CIO: How digital technology will change the role of IT leaders


CIOs face both an opportunity and a threat as organisations embrace digital technology.
The rise of cloud computing, social media, mobile technology and data analytics is disrupting existing business models and patterns of employment. 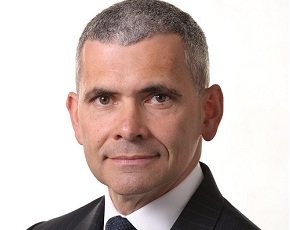 It is raising questions about what role, if any, the CIO will play in digital innovation. Will they be leading the digital revolution, or will they be relegated to running the infrastructure?
The question is becoming urgent as a growing number of companies appointchief digital officers (CDOs) from outside of IT to lead their digital strategies, rather than CIOs.
But for CIOs who want to make their mark, the rise of digital technology offers the potential to drive the digital strategy of their organisations.
Computer Weekly joined 15 IT leaders from across business and the public sector attending a Digital Academy as they tried to thrash out the implications of digital technology for their organisations.
This is the point that corporate IT as we know it will succeed or fail, digital strategist Ade McCormack (pictured) told the group.

The problem is that CIOs are too often seen as technologists in their organisations, rather than business leaders, said McCormack.
And far too few have a seat in the boardroom. When the CEO asks the CIO for a meeting, it's more likely to be to discuss a problem with their laptop than to discuss strategy.
“The word CIO is an HR mistake in many cases – it's better to call an IT manager an IT manager," he said.

Yet CIOs do have an opportunity to reclaim the initiative on digital technology in the organisation, if they can show their business credibility.
And that is about far more than talking the language of business rather than technology. It means learning to be smarter about senior level politics.
“CIOs are very clever, very left brain, and often very egotistical. They think, 'I know IT, I am intelligent, I must be right',” he said. “But sometimes it's better to be smart than to be right.”
Board meetings are not as daunting as most CIOs think, said Brinley Platts, founder and chairman of coaching and training organisation, CIO Development, which trains and mentors senior IT professionals. “Don’t think that everyone in the C-suite is a genius, because they are not,” he said.
CIOs can and should be on the board, said Platts. “If you a CIO and you are not on the board and you are not in the conversation, the business is sub-optimal and they don’t realise it.”

NEW MODELS FOR THE CIO

The CIO startup
Treat the IT department as a startup and run it as a business, with its own brand and marketing. Free up cash to spend on innovation through ruthless cutting of costs elsewhere. Sell these innovations back to the business.
The CIO CFO
Behave like chief financial officer for technical infrastructure. Sweat your IT assets and use them to open new opportunities for the business. Talk with the CEO about business rather than technology.
The CIO venture capitalist
Act like a venture capitalist. That means taking more risk by managing a wider portfolio of innovative projects, knowing that some will fail.

A good place to start building C-level credibility is to consider what your brand in the organisation actually is. You may think you get on well with your colleagues, but they may see you as a prickly person they have just somehow learned to manage.
Re-engineering your brand starts with re-engineering your CV. Don’t lie, said McCormack, but edit your history to reflect the person you most want to be seen as.
“You then start to behave consistently with your brand. You start to delegate more of the operational stuff to other people, until you get to the point where the CEO says, 'My laptop is slow', and you say, 'Yes, I have the same problem, I'll ask the CTO to fix it',” said McCormack.
Building trust with colleagues is an important part of the journey. That means when you say you are going to do something, you actually do it.
“Look for opportunities for quick reliability wins. Deliver the whitepaper within hours of promising it,” advised McCormack.

The best CIOs respect people. They pay less attention to Gantt charts – a technique used for managing projects – and more attention to the individual.
Medics have known for years that, as far as the public is concerned, an average doctor with a good bedside manner is seen as great doctor. The same principle holds true for CIOs.
IT specialists who take a "don’t argue with me or I will logic you to death" approach will not get you very far in business.

Developing a customer service ethic in the IT department is becoming essential as businesses adopt digital technology.
Today, IT is all about entitling the users to make decisions about the technology they want, and coaching them to help them get there.
“This means developing a service ethic where you care about the customer," said McCormack.
So investing in the IT service desk, and having really good, helpful people on the end of the phone, is a smart move. “After all, a five-star hotel with a one-star check-in desk is a one-star hotel,” he said.

Emerging models for the digital CIO

IN-DEPTH: LEARN MORE ABOUT THE IMPACT OF DIGITAL TECHNOLOGY ON IT

New models are emerging for IT leadership that will help IT leaders embrace the sweeping changes of digital technology.
They include thinking of the CIO as the leader of a startup, as a venture capitalist, and as the chief financial officer of infrastructure (see panel).
The IT department is the biggest user of energy in an organisation, so why not become a chief energy officer as well as the CIO, said McCormack Or take the IT department’s portfolio of property and become a chief property officer.
As digital technology takes off, CIOs should expect other parts of the business to own IT projects, rather than simply to sponsor them. “If you put in a new finance system, ultimately it's the CFO’s finance system. If it goes wrong, he should be up before the board before you,” he said.

Still a role for technologists

Yet the imminent death of the CIO may have been exaggerated. At least for the time being, there will still be a role for people who are traditional technologists.

If you are going to become a CDO, you are not going to spend your time looking after the infrastructure. You need to have people you can rely on in that area
Brinley Platts, CIO Development

After all, not every CIO or IT director will want to become a chief digital officer.
Recent IT failures at banks which have left customers unable to withdraw cash have shown just how important it is to maintain the infrastructure.
“The customer service market is very touchy-feely and it's not a direction that we all want to go,” said CIO Development's Platts.
Even if your business does not buy into digital, you can still be an innovator by saving costs, suggested Platts

CIOs that want to lead the digital strategy in their organisations will need to take a step back from the day-to-day running of IT. Becoming a chief digital officer will mean having good people in place to keep the IT systems running.
“You can’t do everything – you have to delegate. If you are going to become a CDO, you are not going to spend your time looking after the infrastructure, the technology and the boring stuff. You need to have strong people you can rely on in that area,” said Platts.
There may only be a short window of opportunity for CIOs. The chances are, in a few years there will be no need for a chief digital officer.
“In five years' time, what is corporate IT going to be about, if it's not about digital?” said Platts.
Bill Goodwin joined 15 CIOs as they took part in the Digital Academy, a programme for IT leaders who want to take ownership of digital technology in their organisations.
Publié par The IT Watcher à 13:43